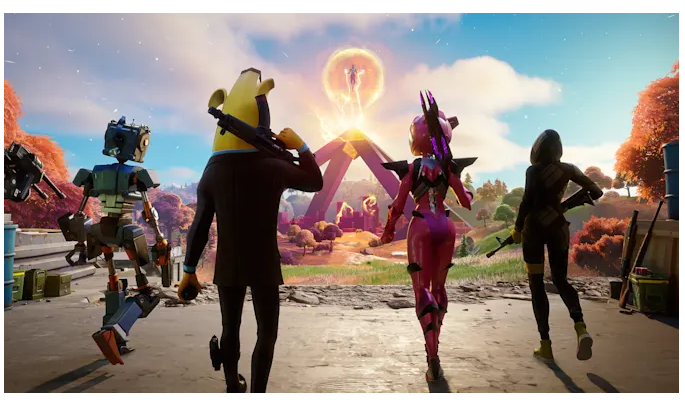 After weeks of speculations and fan theories, Epic has finally announced that Fortnite Chapter 2 is coming to an end. More specifically, The event has been given a name ‘The End’ and you may participate in. However, like previous events, this is also a one-time show. Here’s all you should know about Fortnite Chapter 2 finale.

In a blog post, Epic Games write, “With The Convergence complete, The Cube Queen prepares her endgame for the Island, and nothing will ever be the same. Grab your weapons and prepare to confront the ultimate destruction of all reality”.

Clearly, we don’t know much about what the event will include beyond a few guesses based on years of comparable occurrences and current events in the plot. Epic will reward all players who log in before the start of ‘The End’ with 225,000 XP.

Epic has also emphasized the importance of completing your Toona Fish colour bottle styles, Cube Queen tasks, and other battle pass awards before Fortnite Chapter 2 finale. Since, those rewards will be permanently locked when loopers throughout the world are thrown headfirst into a new Fortnite reality.

The Battle Royal’s last chapter-ending event was probably the most ambitious, when a black hole obliterated the game’s initial island, forcing the game to be taken offline for several days before Chapter 2 was released. When Chapter 3 debuts in early December, there are no indicators as to what it might look like.

The “End” event will support teams of up to 16 players, and Epic recommends arriving at least 30 minutes early to get a spot.