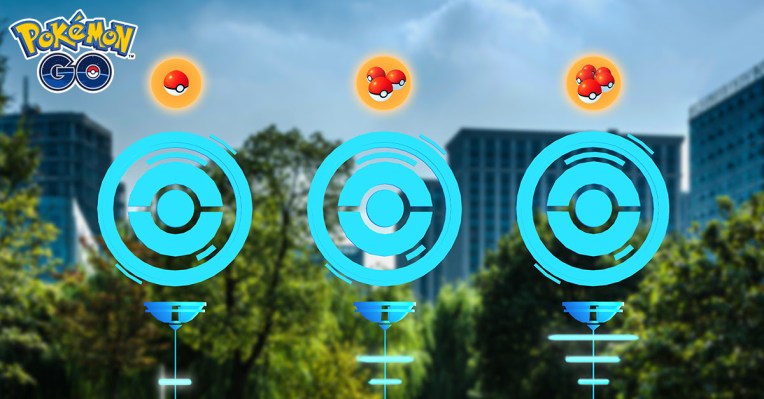 Niantic announced a Pokémon GO feature today that will incentivize users to conduct more AR scans of landmarks in their neighborhood. This user-generated data will help Niantic build its “real-world metaverse,” which will be powered largely by Lightship, its free AR Development Kit (ARDK).

In Pokémon GO, users visit PokéStops, which represent real-world places — these can be anything from a mundane mailbox, to a major historic site, to a cool statue that you never noticed in your neighborhood. Pokémon Go’s landmark database has gotten much bigger over time, but it was already pretty huge at launch — thanks largely to data submitted by players of Ingress, the game Niantic built back when it was a tiny side-project inside of Google.

To conduct an AR scan of a PokéStop, you tap a scan button and are then prompted to walk slowly around the area while your camera captures data about your physical, real world surroundings. Players have the option to wait until later (perhaps when they’re connected to wi-fi) to send Niantic their scan. These scans help build out a 3D world map for Niantic’s games, as well as those developed through the ARDK.

You’ve been able to scan PokéStops and Gyms within the game for a while now, but there’s been little incentive for players to do so. Now scanning a PokéStop will cause it to “power-up,” yielding better in-game rewards for any player who visits the stop before said power-up wears off. Spinning a PokéStop always gives players items to help them catch Pokémon, but a powered-up Stop will give them even more.

PokéStops will have three visually-distinct levels: they reach level one at 5 scans, level two at 10 scans, and level three at 25 scans. The higher the level, the longer the power-up will last, and the more items it will reward. For Niantic, meanwhile, more scans = higher fidelity data.

“Scanning new places will help create exciting new AR experiences for Trainers worldwide, and long term will help create a Real-World Metaverse, where people can explore the world overlaid with digital creations,” the company said in an announcement.

While all players will be able to spin a powered-up stop, they’ll have to reach level 20 before they can scan a landmark themselves — a way, perhaps, of avoiding spam uploads.