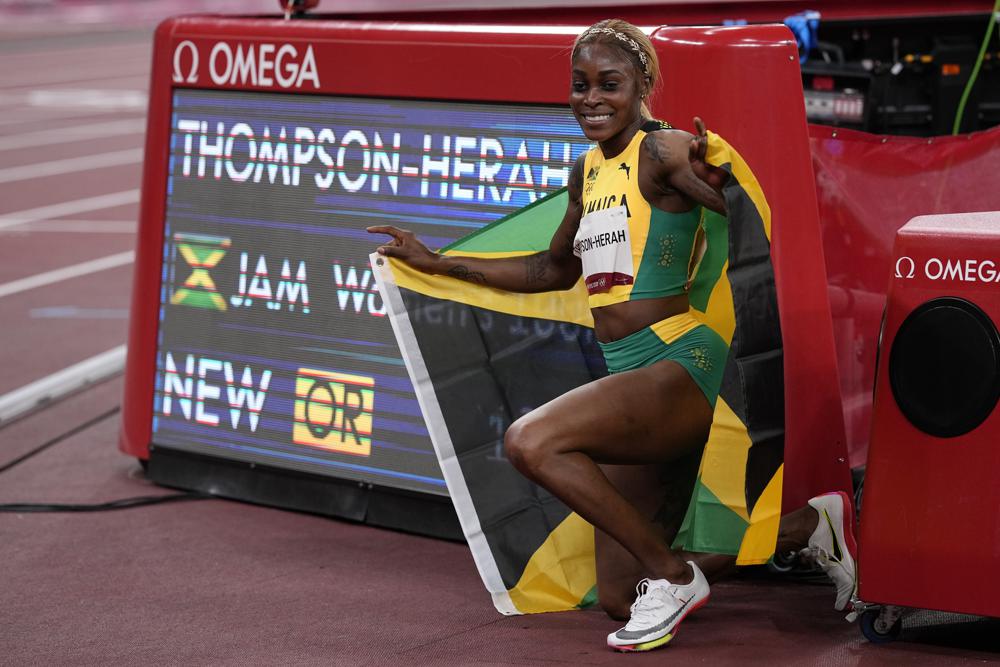 Jamaica’s repeat double sprint champion Elaine Thompson-Herah is one of five finalists announced yesterday for the Female World Athlete of the Year 2021.

The others are Sifan Hassan of the Netherlands, Faith Kipyegon of Kenya, American Sydney McLaughlin and Venezuelan Yulimar Rojas.

Thompson-Herah, who won the 100m and 200m gold medals as well as the 4x100m relay gold, dominated the delayed Tokyo Olympic Games before claiming the Diamond League 100m crown.

She became the fastest woman alive and the second-fastest in history when she ran 10.54 seconds after the Olympics in Eugene and 21.53 seconds in the 200m final at the Olympics, another national record.

McLaughlin won the Olympic Games 400m hurdles gold, was a member of the 4x400m relay gold medal-winning team. She set two world records in the 400m hurdles in 2021.

Voting closed on November 6 and the male and female World Athletes of the Year will be announced at the World Athletics Awards 2021, which will be held virtually on December 1.